A little bit of a project update for those interested: Oz in Summer, Busy week and agreement updates.

Half of the team is Australia-based, and summer was in December-February. So many or most of the Australians took vacations over Christmas and part of January. We are lucky that these past months there are very little case of COVID in Oz, so people could essentially move around the country freely, and in particular take advantage of the beach.

Importantly, we had a busy week over the week from March 1-5. It was well attended by most of the team, and we had generally 38-40 people at plenary sessions. With the current 10 hours time difference between Central European Time and Australian Eastern Time, we only had a couple of hours of core overlap, up to 3 some days.

Time was split between a few plenary sessions and many parallel splinter sessions covering topics such as schedule, science, S/W, System Engineering, Product Assurance, Spectrograph/Imager, Detectors, AO Simulations, Cryostats, Mechanical, Optical, DM performance, MAVISSIM, Prototyping, LGS split, Calibration, Truth Sensing, Pipelines and RTC. The last day, we all got back together and went through summaries of all the splinter sessions. It was very productive, but we of course dearly missed the face to face interactions. Hopefully the next one will be a face to face busy week, although this is far from certain.

We ended up with 20 presentations and, as usual, took advantage with google docs for collaborative minute taking (20 pages of minutes). Overall, a very nice meeting; we got the ball rolling again. 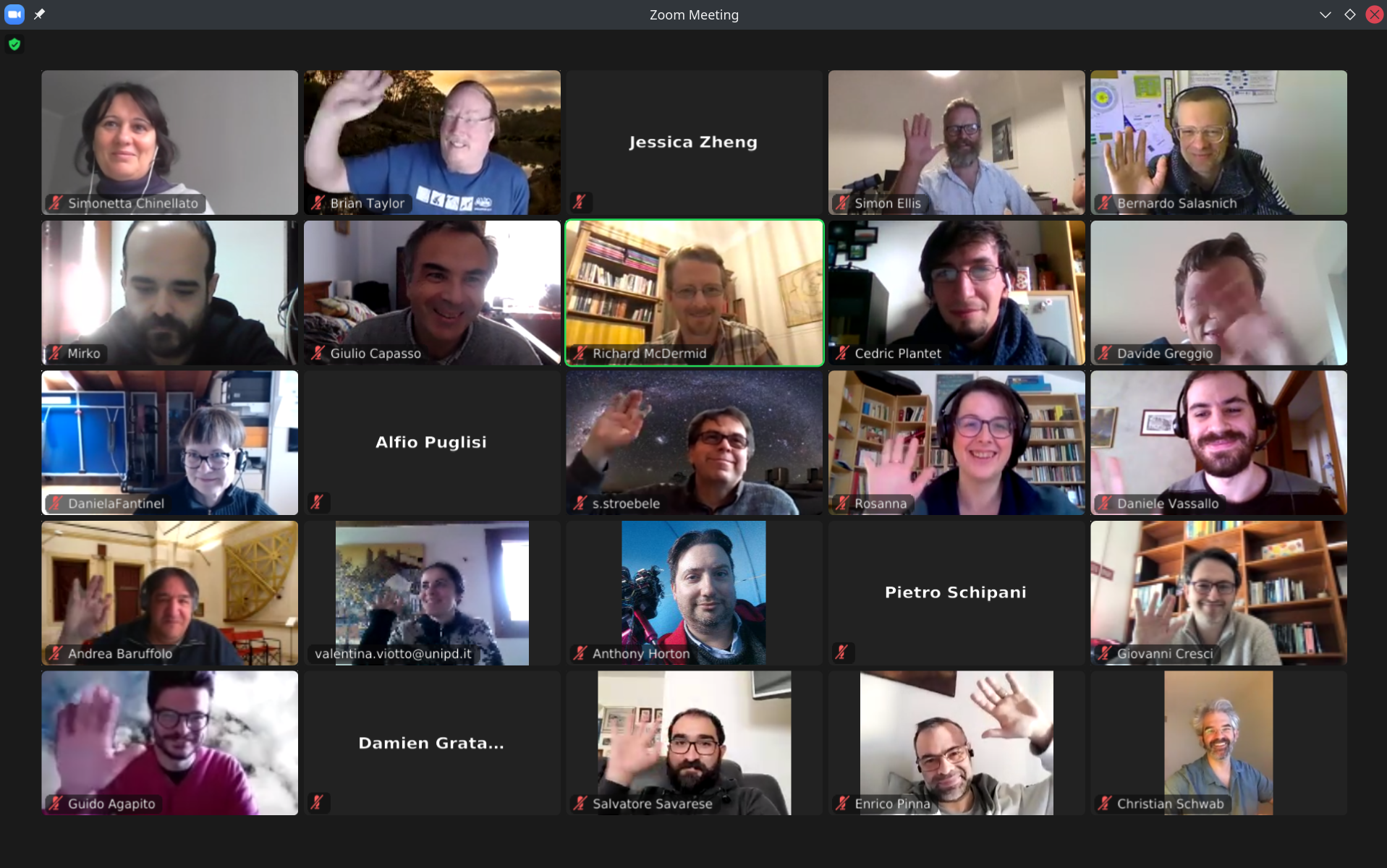 I was announcing in one of the last post that we expected an agreement signature on Feb 26. This got delayed a bit, mostly because getting the applicable documents ready too longer than expected (on the ESO side). A new date for the delivery of these documents is April 2. The agreement signature should happen two weeks after that (April 26), and the Kick Off meeting shortly after that (end of April). Experience has shown that this is overall quite a fragile process, involving many different discipline and levels of administration (including lawyers), and can be brought to a pause by the slightest grain of sand. So consider these dates as indicative. We’ll of course post an update when the agreement is signed.

We are also planning a media release for the signature. Nodes planning media or press releases are ESO, ANU, INAF and probably Macquarie and AAL.

After much interaction, trials, using web designer services, we finally have a new logo. The decision was to go for something simple and modern. Here it is. The version below are all “official” versions. Different colours are for different type of documents - the ones on the right are for dark themes.