The busy week was proposed (by Stefan Stroebele) at the Kick-off meeting as an effective way to boost activity and communication. It was decided to have two busy weeks during the phase A, the first one in Europe early in the phase A (05/2019) to kick start the project and the second one in Australia close to the end of the phase A (02/2020) to work on the final phase A document writing. The Asiago Observatory, managed by INAF - Padova Observatory and University of Padova, was picked for the first busy week. It was supposed to be spring - mid May. Instead, everybody arrived on Monday in a landscape shrouded by 10cm of snow.

Forty four people registered and attended the busy week. Most stayed the whole week; some attended only one or two days. At peak, we must have been 37 (Wednesday). The organisation was handled in a masterly way by Maria Bergomi, with the help of Simonetta Chinellato, Valentina Viotto, Elena Carolo and others. We had decided early on that this was to be a working meeting. Even more so than a workshop: the goal was to go beyond presentations into producing actual work on a variety of topics: Technical and science topics, but also system engineering and management. The agenda was split in a few plenary sessions (only about 1 hour/day) and in “split sessions”, during which smaller groups could work in side rooms. Three of these were provided, many with white/chalk boards and/or projectors. Remote participation was also possible, although sometimes challenging. We had a few talks presented remotely (Stroebele, Bono, Gratadour). In addition to split sessions, we also had “working sessions”, which were originally intended as some kind of time off to work/act on actions/ideas that had emerged during the split session. 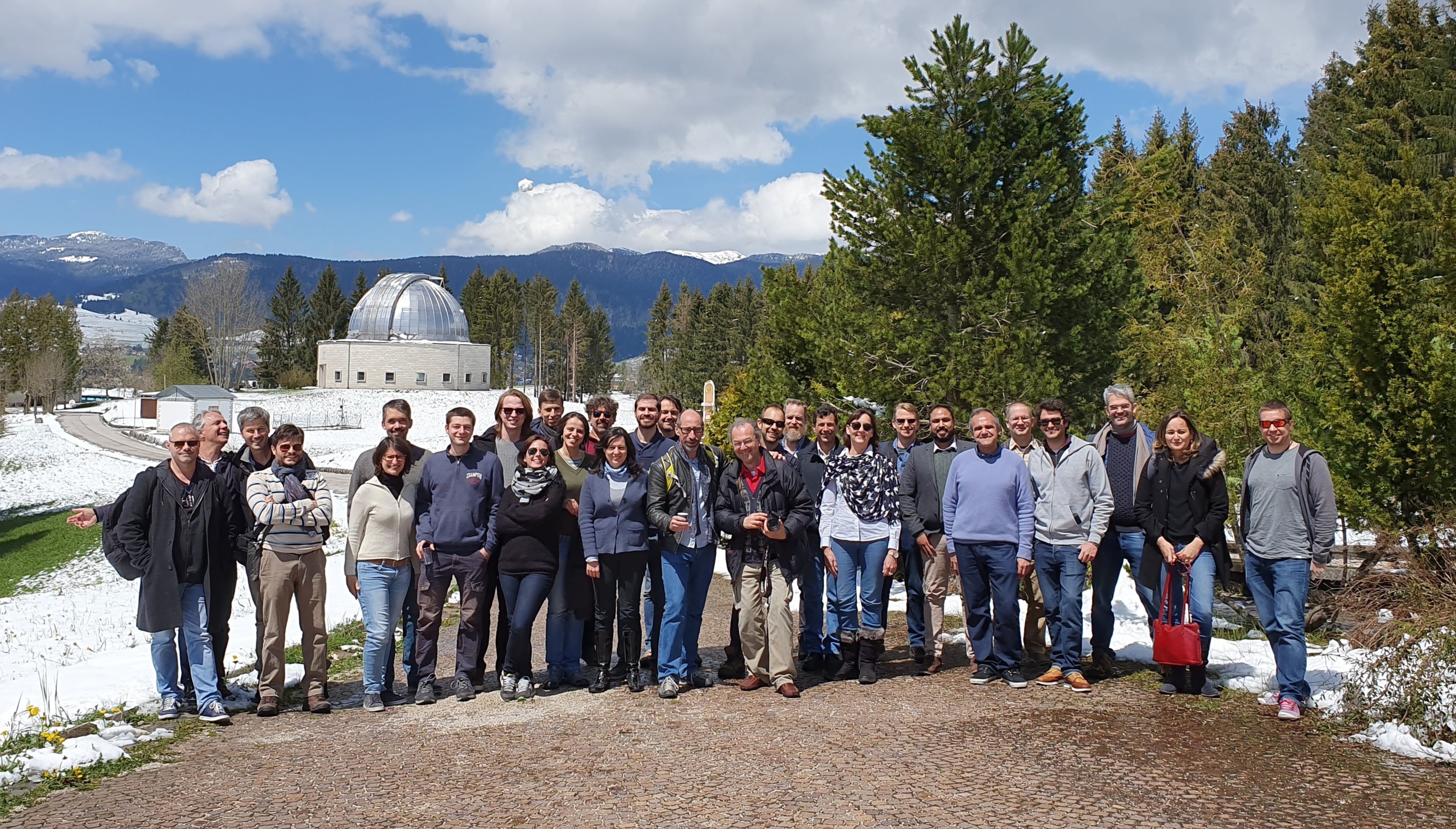 Overall, according to all, the busy week was a huge success, achieving the following top level goals:

As shown by the 25 pages of minutes, many aspects were debated and a number of decisions were taken. A top level summary and top level selection of mine (probably biased):

All in all, an extremely successful and productive week!